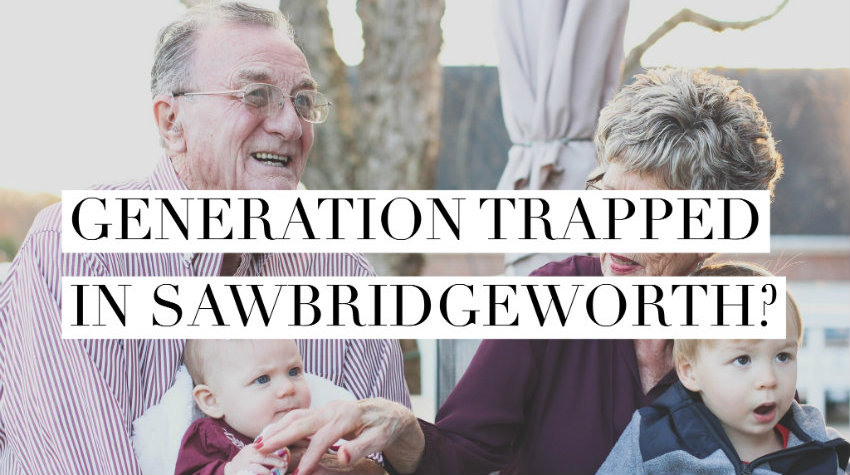 Last week, I wrote an article on the plight of the Sawbridgeworth 20 something’s often referred to by the press as ‘Generation Rent’. Attitudes to renting have certainly changed over the last twenty years and as my analysis suggested, this change is likely to be permanent. In the article, whilst a minority of this Generation Rent feel trapped, the majority don’t – making renting a choice not a predicament. The Royal Institution of Chartered Surveyors (RICS) predicted that the private rental sector is likely to grow substantially by 1.8m households across the UK in the next 8 years, with demand for rental property unlikely to slow and newly formed households continuing to choose the rental market as opposed to buying.

However, my real concern for Sawbridgeworth homeowners and Sawbridgeworth landlords alike, as I discussed a couple of months ago, is our mature members of the population of Sawbridgeworth. In that previous article, I stated that the current OAP’s (65+ yrs in age) in Sawbridgeworth were sitting on £606.4m of residential property … however, I didn’t talk in depth about the ‘Baby Boomers’, the 50yr to 64yr old Sawbridgeworth people and what their properties are worth – and more importantly, how the current state of affairs could be holding back those younger Generation Renters. 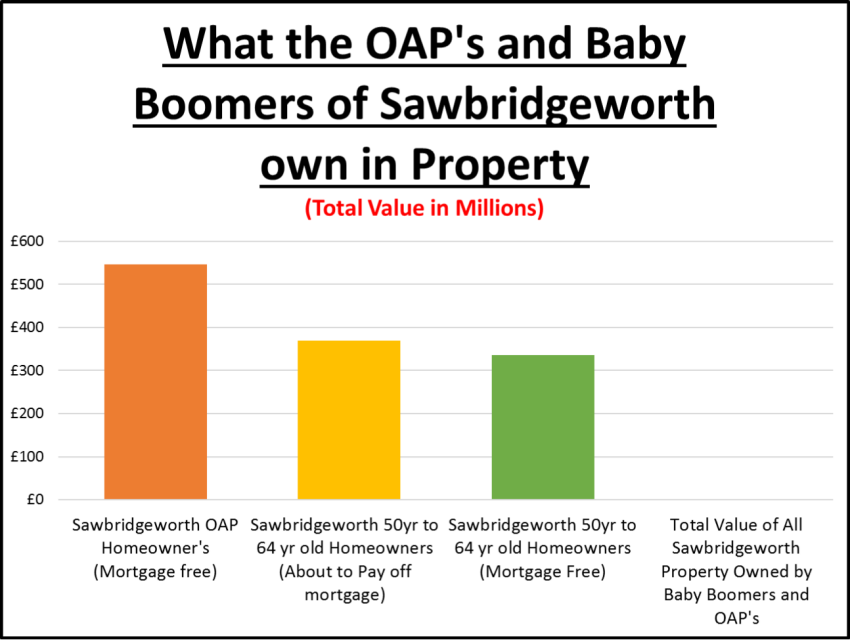 These Sawbridgeworth Baby Boomers and OAP’s are sitting on 3,053 Sawbridgeworth properties and many of them feel trapped in their homes, and hence I have dubbed them ‘Generation Trapped’.

Recently, the English Housing Survey stated 49% of these properties owned by the Generation Trapped, as I have dubbed them, are ‘under-occupied’ (under-occupied classed as having at least two bedrooms more than needed). These houses could be better utilised by younger families, but research carried out by the Prudential suggest in Britain it’s estimated that only one in ten older people downsize while in the USA for example one in five do so.

The growing numbers of older homeowners who want to downsize their home are often put off by the difficulties of moving. The charity United for all Ages, suggested recently many are put off by the lack of housing options, 19% by the hassle and cost of moving, 14% by having to declutter their possessions and 14% by family reasons such as staying close to children and grandchildren.
Helping mature Sawbridgeworth (and the Country) homeowners to downsize at the right time will also enable younger Sawbridgeworth people to find the homes they need – meaning every generation wins, both young and old. However, to ensure downsizing works, as a Country, we need more choices for these ‘last time buyers’.

Theresa May and Philip Hammond can do their part and consider stamp duty tax breaks for downsizers, our local Council in Sawbridgeworth and the Planning Dept. should play their part, as should landlords and property investors to ensure Sawbridgeworth’s ‘Generation Trapped’ can find suitable property locally, close to friends, family and facilities.