5.96 Babies Born for Each New Home Built in the Sawbridgeworth area 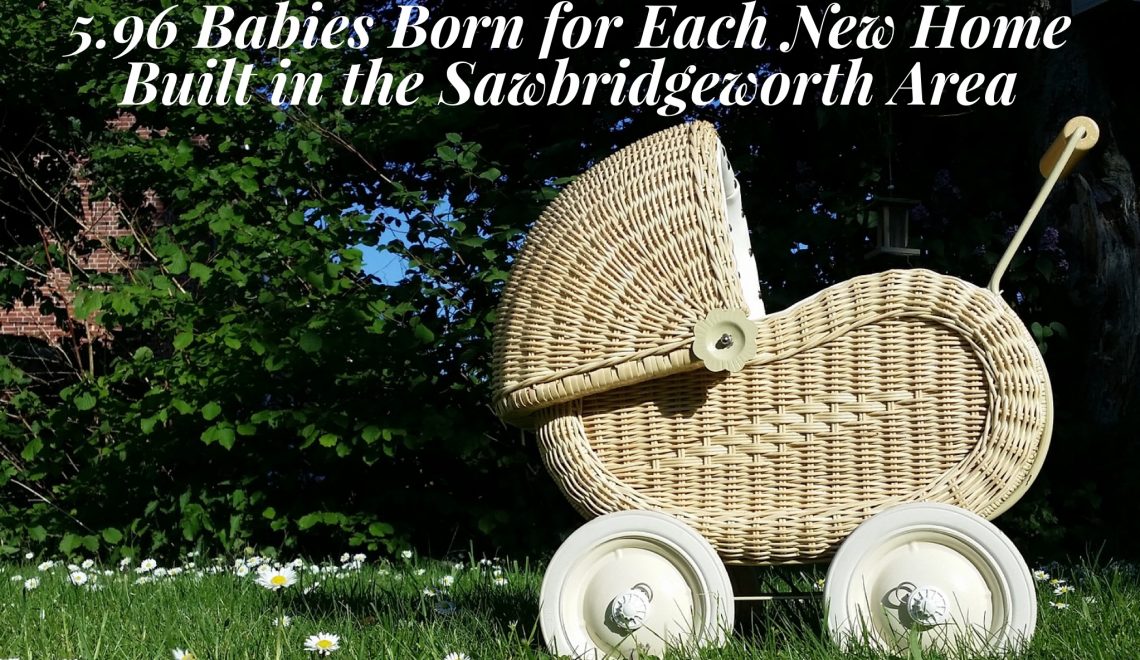 On the back of eight years of ever incremental increasing birth rates, a significant 5.96 babies were born for every new home that was built in the East Hertfordshire Council area in 2016.  I believe this has and will continue to exacerbate the Sawbridgeworth housing shortage, meaning demand for housing, be it to buy or rent, has remained high.  The high birth rate has meant Sawbridgeworth rents and Sawbridgeworth property prices have remained resilient – even with the challenges the economy has felt over the last eight years, and they will continue to remain high in the years to come.

The number of births from Sawbridgeworth and East Hertfordshire women between the ages of 20 to 29 are significantly lower than the national average, but those between 35 and 44 were higher. However overall, the birth rate is still increasing, and when that fact is combined with the ever-increasing life expectancy in the Sawbridgeworth area, the high levels of net migration into the area over the last 14 years and the higher predominance of single person households … this can only mean one thing … a huge increase in the need for housing in Sawbridgeworth.

Again, in a previous article a while back, I said more and more people are having children as tenants because they feel safe in rented accommodation.  Renting is becoming a choice for Sawbridgeworth people.

The planners and Politian’s of our local authority, central Government and people as a whole need to recognise that with individuals living longer, people having more children and whilst divorce rates have dropped recently, they are still at a relatively high level (meaning one household becomes two households) … demand for property is simply outstripping supply.

The simple fact is more Sawbridgeworth properties need to be built

… be that for buying or renting.

Only 1.1% of the Country is built on by houses.  Now I am not suggesting we build tower blocks in the middle of the Cotswolds, but the obsession of not building on any green belt land should be carefully re-considered.

Yes, we need to build on brownfield sites first, but there aren’t hundreds of acres of brownfield sites in Sawbridgeworth, and what brownfield sites there are, building on them can only work with complementary public investment.  Many such sites are contaminated and aren’t financially viable to develop, so unless the Government put their hand in their pocket, they will never be built on.

I am not saying we should crudely go ‘hell for leather’ building on our Green Belt, but we need a new approach to enable some parts of the countryside to be regarded more positively by local authorities, politicians and communities and allow considered and empathetic development.  Society in the UK needs to look at the green belts outside their leisure and visual appeal, and assess how they can help to shape the way we live in the most even-handed way.  Interesting times!