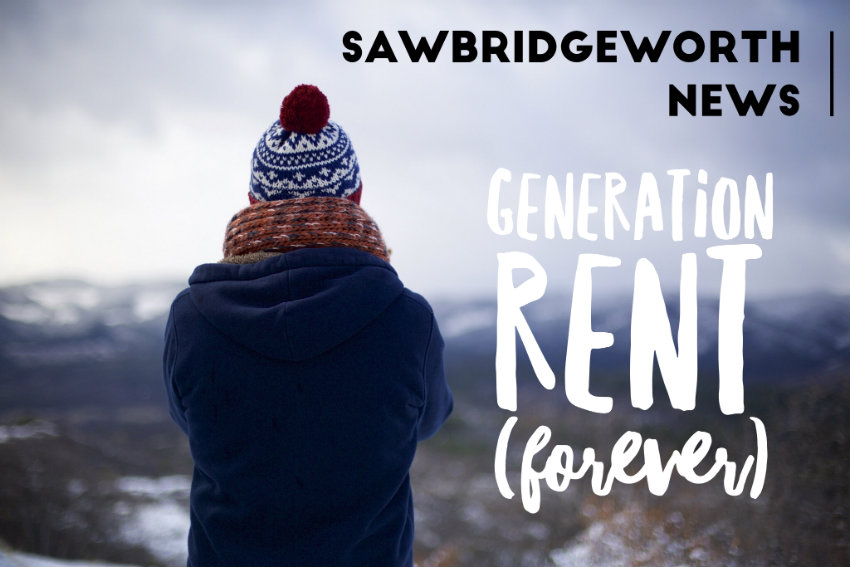 Many people blame the credit crunch and global recession of 2008, which had an enormous impact on the Sawbridgeworth (and UK) housing market. Predominantly, the 20 something first-time buyers who, confronting a problematic mortgage market, the perceived need for big deposits, reduced job security and declining disposable income, discovered it challenging to assemble the monetary means to get on to the Sawbridgeworth property ladder.

However, I would say there has been something else at play other than the issue of raising a deposit – having sufficient income and rising property prices in Sawbridgeworth. Whilst these are important factors and barriers to homeownership, I also believe there has been a generational change in attitudes towards home ownership in Sawbridgeworth (and in fact the rest of the Country).

Back in 2011, the Halifax did a survey of thousands of tenants and 19% of tenants said they had no plans to buy a home for themselves. A recent, almost identical survey of tenants, carried out by The Deposit Protection Service revealed, in late 2016, that figure had risen to 38.4%, with many no-longer equating home ownership to success and believing renting to be better suited to their lifestyle.

You see, I believe renting is a fundamental part of the housing sector, and a meaningful proportion of the younger adult members of the Sawbridgeworth population choose to be tenants as it better suits their plans and lifestyle. Local Government in Sawbridgeworth (including the planners – especially the planners), land owners and landlords need an adaptable Sawbridgeworth residential property sector that allows the diverse choices of these Sawbridgeworth 20 and 30 year olds to be met.

This means, if we applied the same percentages to the current 1,222 Sawbridgeworth tenants in their 641 private rental properties, 469 tenants have no plans to ever buy a property – good news for the landlords of those 246 properties. Interestingly, in the same report, just under two thirds (62%) of tenants said they didn’t expect to buy within the next year.

.. but does that mean the other third will be buying in Sawbridgeworth in the next 12 months?

Some will, but most won’t … in fact, the Royal Institution of Chartered Surveyors (RICS) predicts that, by 2025, that the number of people renting will increase, not drop. Yes, many tenants might hope to buy but the reality is different for the reasons set out above. The RICS predicts the number of tenants looking to rent will increase by 1.8 million households
by 2025, as rising house prices continue to make home ownership increasingly unaffordable for younger generations. So, if we applied this rise to Sawbridgeworth, we will in fact need an additional 275 private rental properties over the next eight years (or 34 a year) … meaning the number of private rented properties in Sawbridgeworth is projected to rise to 916 households. 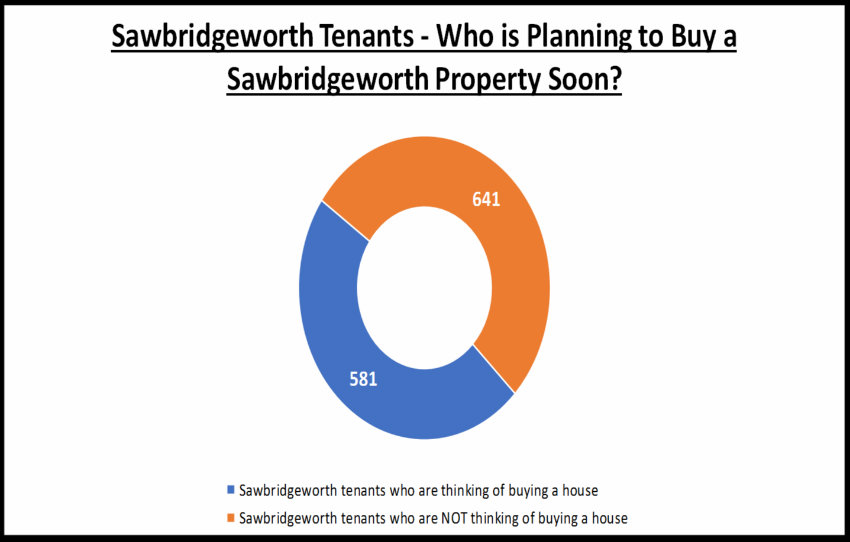