Lawrence Moorings, Sawbridgeworth… the road where people move the most 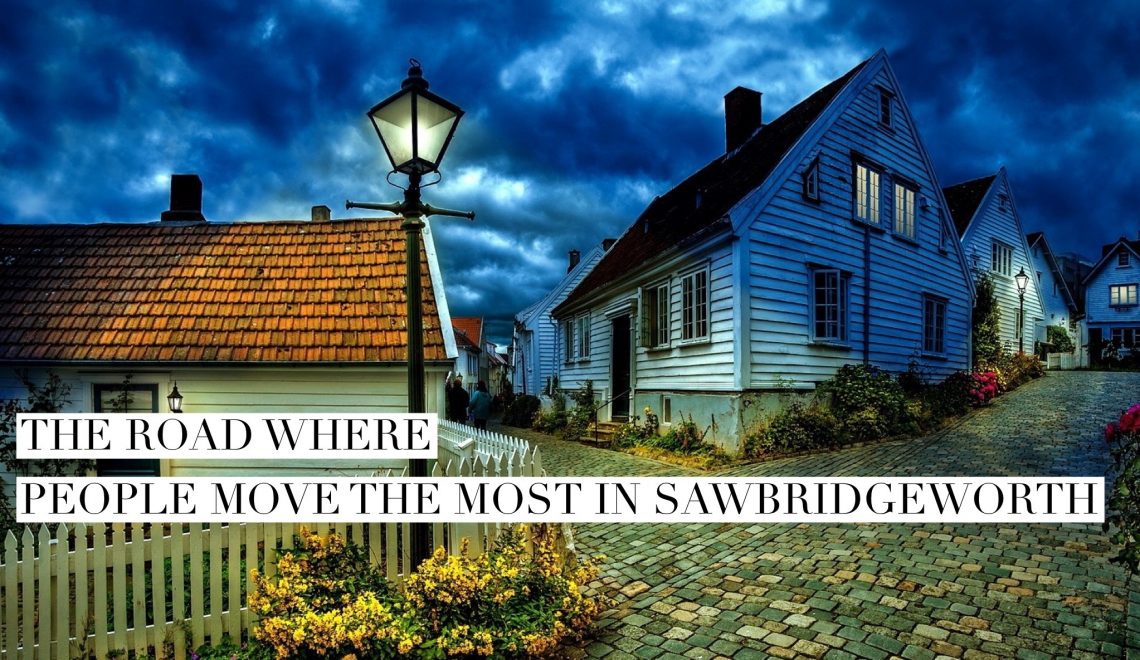 Many folks say moving home is the most stressful thing. Moving home is like someone (and that someone is usually you and you are the cause of this devastation) has collected all your worldly goods, put them into brown boxes and into a lorry making your whole life look like a Amazon delivery van, only to spend the next six months unpacking it all, whilst unable to find important things like your bank cards, ‘those’ shoes or special jewellery!

We wish we could be instantly transported like in Star Trek “Beam me up Scotty to a blissful moved in state”.  Yet the week you move, it’s like an episode from the original 1960’s series Star Trek, when the crew had a transporter accident with an ion-storm sends Kirk and Spock into an alternate reality, where the caring Federation is the merciless Terran Empire, and the USS Enterprise is a warship and chaos eschews!!!

Star Trek aside, when you decide to move and before the stress of living out of cardboard boxes for months descends; first you trawl the portals (Rightmove/Zoopla/On The Market) to find a new house, which out of the hundreds of properties available to buy, you will probably only view around four or five of them, for no more than 20 minutes each. Then, you will arrange a second viewing of one or two of those initially viewed properties for the estate agency industry stated average of 30/45 minutes maximum (fascinating when you think most people take hours to decide what clothes or shoes to buy but minutes to spend hundreds of thousands of pounds on their next home!).  Then you put your property on the market with an estate agent, find a buyer for your Sawbridgeworth property, agree a price for both, then instruct solicitors. The property becomes sold ‘subject to euphuism’ … sorry ‘contract’ … as solicitors and surveyors and mortgage companies pick holes in the paperwork, threatening to wreck the chain at any moment, whilst you can’t get too attached to the property you want to purchase in case the sale falls through … phew – stressful or what??!!

Is it worth it? Worth the stress? The brown cardboard boxes? Well many Sawbridgeworth people think so.

In the last 12 months, 155 families have sold and moved home in Sawbridgeworth (CM21)

Yet the question I want raise is … do people on certain streets in the CM21 postcode move more often than others? Well, the answer might surprise you. I looked at the Land Registry for the all the property sales going back 23 years (to 1995) in the CM21 postcode whilst also calculating the average value of a property on a particular street/road (to see if there was a correlation between price and moving). So initially looking at the top 10 streets in the postcode, in terms of pure out and out house sales, Lawrence Moorings is the winner with an average of 21.35 house sales per year (since 1995) as on the graph below. 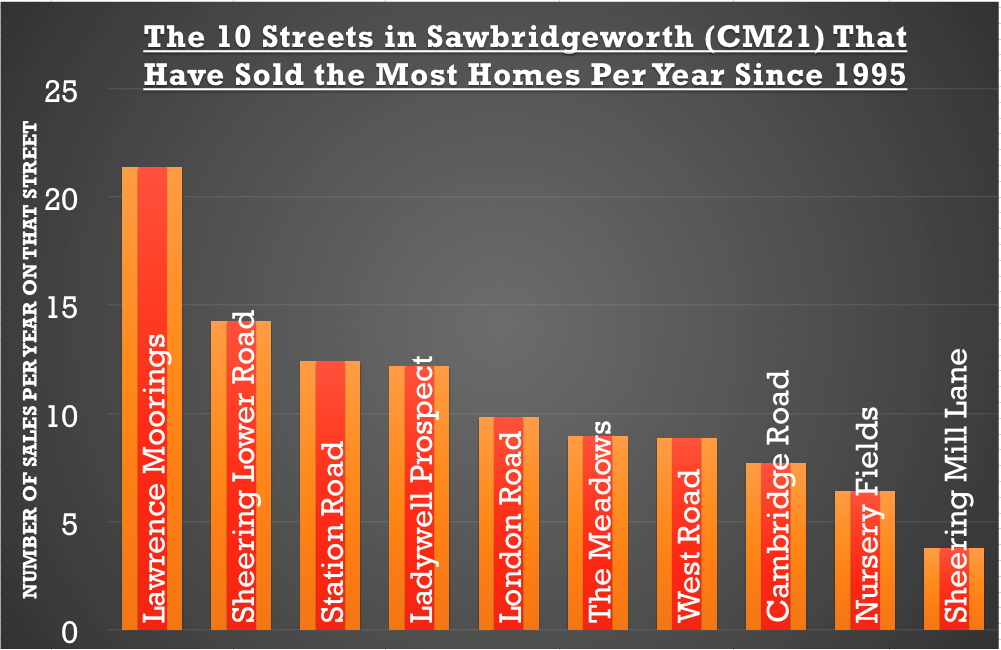 In the next article, (and I promise I won’t mention Star Trek again), I will answer that question in great depth … and the results should (as they did me) certainly raise an eyebrow. The question is … do you live on one the top 25 Sawbridgeworth most saleable streets in Sawbridgeworth (CM21)?

Come back to my Sawbridgeworth Property Blog for the next article to find out!