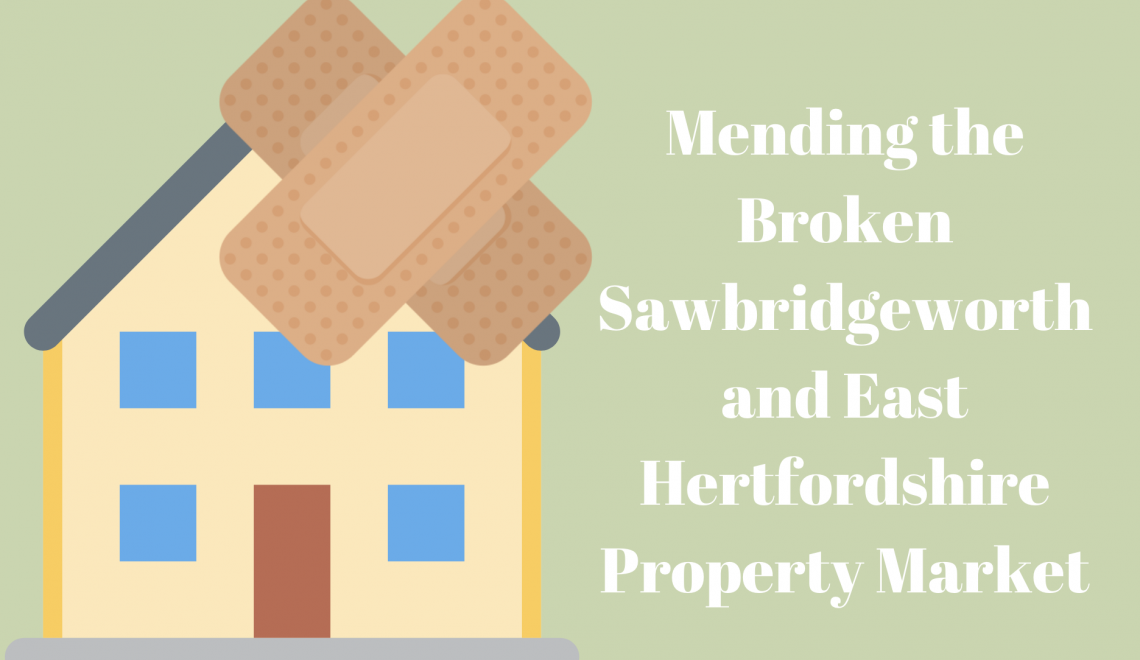 The long-lasting issue of the Sawbridgeworth and East Hertfordshire property market are laid bare as the final 2018 property transaction figures have just been published and they continue the post credit crunch trend of less people moving.

25.1% less of Sawbridgeworth and East Hertfordshire people are selling their homes annually since the credit crunch, when compared to the post Millennium years of 2000 to 2005

This is not just an issue of the Sawbridgeworth and East Hertfordshire housing market slowing down since the credit crunch – the challenge is to split out shorter-term factors such as Brexit and the elections from longer-term structural issues of the UK society, because when these most recent property transaction figures are seen against longer-term trends for Sawbridgeworth and East Hertfordshire, they suggest more significant issues in the local housing market.

In the late 1990’s, 3,552 properties were sold annually in the Sawbridgeworth and East Hertfordshire area. In that same area, and bucking the national trend, transactions remained similar at 3,510 per annum during the Millennium boom. Property sales then almost halved to 1,955 per annum in the challenge of the global financial crash and subsequent retrenchment of the mortgage market. Post credit crunch (2012 and beyond) locally, on average, 2,628 properties have sold annually. 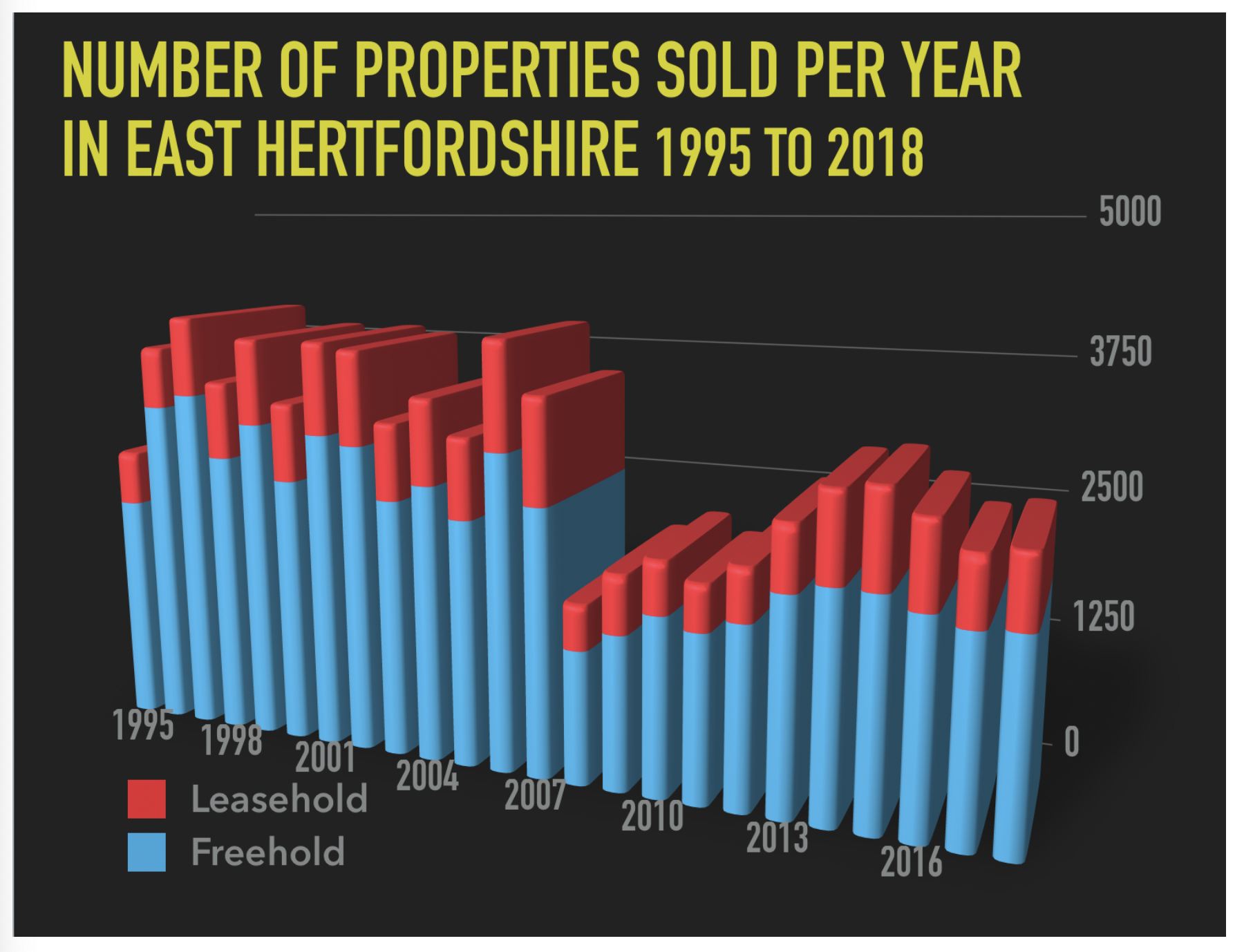 So, whilst there was a recovery from 2013 onwards, it was rather uninspiring when compared to the pre-credit crunch years, with a lacklustre performance in property transactions since mid 2010’s.

You might ask why we should be concerned about the number of property transactions and not the change in property values?

The number of transaction numbers are a far more exact bellwether for the health and potency of the local housing market.

As less people have been selling their homes locally, this is not only bad for the Sawbridgeworth and East Hertfordshire housing market but for the economy locally, especially when you consider how many allied businesses (builders, decorators, solicitors, removal vans, estate agents, mortgage arrangers and other people) lose out as a result.

Some say the deficiency of supply of property, mainly affordable first-time buyer property, is the chief reason why transaction figures remain stubbornly low. Others suggest the absence of suitable housing stock up the property ladder (particularly bungalows for the older generation), combined with rising demand, is causing a bottleneck in our local housing market.

I know there has been much talk from Westminster about grand home-building programmes, yet we now require them to deliver on these undertakings and even then, it will be a few decades before we see a seismic change in the Sawbridgeworth and East Hertfordshire property market.

In the short-term, a quicker improvement may come from modifications to stamp duty. First time buyers don’t need to pay Stamp Duty up to a certain level, yet those Stamp Duty concessions could be extended to those mature homeowners looking to downsize. This could liberate a meaningful number of mature family homes occupied principally by these mature generation and the tax lost through Stamp Duty could be replenished by a revaluation of the Council Tax bands?

Council Tax bandings were set in 1991 and the seven bands, the highest band starts at £320,000 (based on 1991 values). It seems irrational to us that upper value band, set in the 1991 revaluations, has not been increased, particularly as house prices in London have risen by over 400 per cent during in the last 25 years.

That would mean higher tax for those who don’t move yet less tax for those that do move – because we believe it would boost a far more liquid Sawbridgeworth and East Hertfordshire property market.

Just a thought of mending the local property market – what are your thoughts?