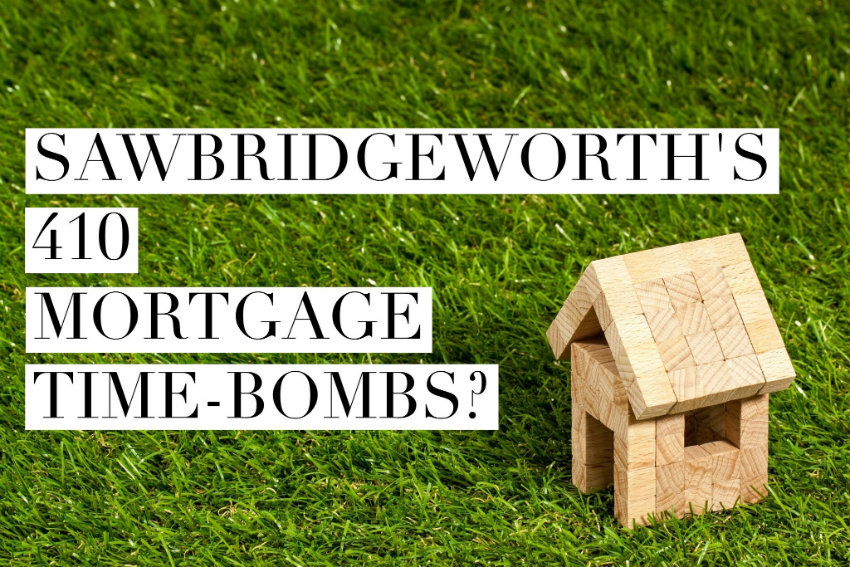 According to my research, of the 4,215 properties in Sawbridgeworth, 1,898 of those properties have mortgages on them. 88.9% of those mortgaged properties are made up of owner-occupiers and the rest are buy to let landlords (with a mortgage).

… but this is the concerning part .. 410 of those Sawbridgeworth mortgages are interest only. My research also shows that, each year between 2017 and 2022, 5 of those households with interest only mortgages will mature, and of those, 1 household a year will either have a shortfall or no way of paying the mortgage off. Now that might not sound a lot – but it is still someone’s home that is potentially at risk. 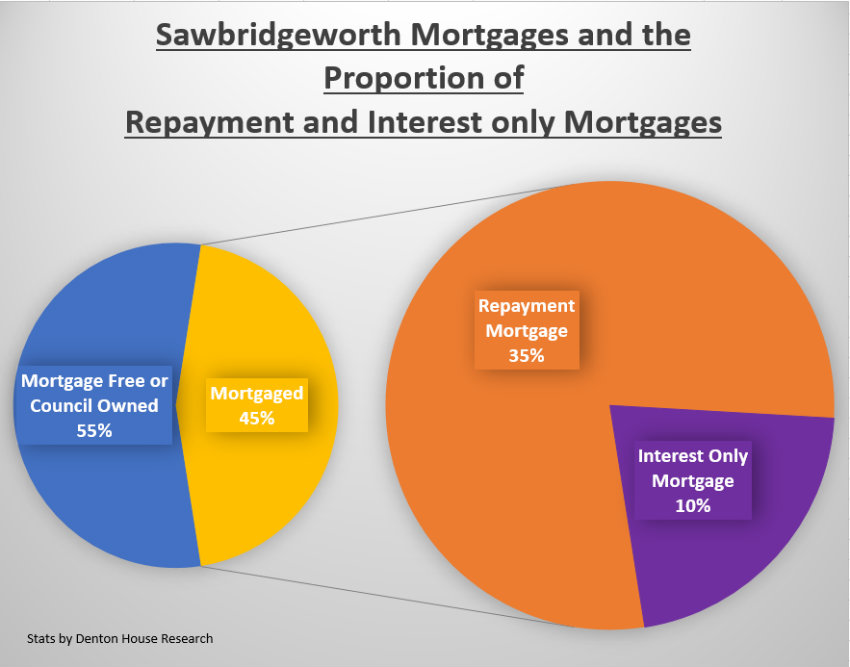 Theoretically this is an enormous problem for anyone in this situation as their home is at risk of repossession if they don’t have some means to repay these mortgages at the end of the term (the typical term being 25 to 35 years). Banks and Building Societies are under no obligation to lengthen the term of the mortgage and, when deciding whether they are prepared to do so or not, will look at it in the same way as someone coming to them for a new mortgage.

Back in the 1970’s and 1980’s, when endowment mortgages were all the rage, having an endowment meant you were taking out an interest only mortgage and then paying into an endowment policy which would pay the mortgage off (plus hopefully leave some profit) at the end of the 25/35-year term. There were advantages to that type of mortgage as the monthly repayments were lower than with a traditional capital repayment and interest mortgage. Only the interest, rather than any capital, is paid to the mortgage company – but the full debt must be cleared at the end of the 25/35-year term.

Historically plenty of Sawbridgeworth homeowners bought an endowment policy to run alongside their interest only mortgage. However, because the endowment policy was a stock market linked investment plan and the stock market poorly performed between 1999 and 2003 (when the FTSE dropped 49.72%), the endowments of many of these homeowners didn’t cover the shortfall. Indeed, it left them significantly in debt!

Nonetheless, in the mid 2000’s, when the word endowment had become a dirty word, the banks still sold ‘interest only’ mortgages, but this time with no savings plan, endowment or investment product to pay the mortgage off at the end of the term. It was a case of ‘we’ll sort that nearer the time’ as property prices were on the rampage in an upwards direction!

Thankfully, the proportion of interest only mortgages sold started to decline after the Credit Crunch, as you can see looking at the graph below, from a peak of 43.81% of all mortgages to the current 8.71%. 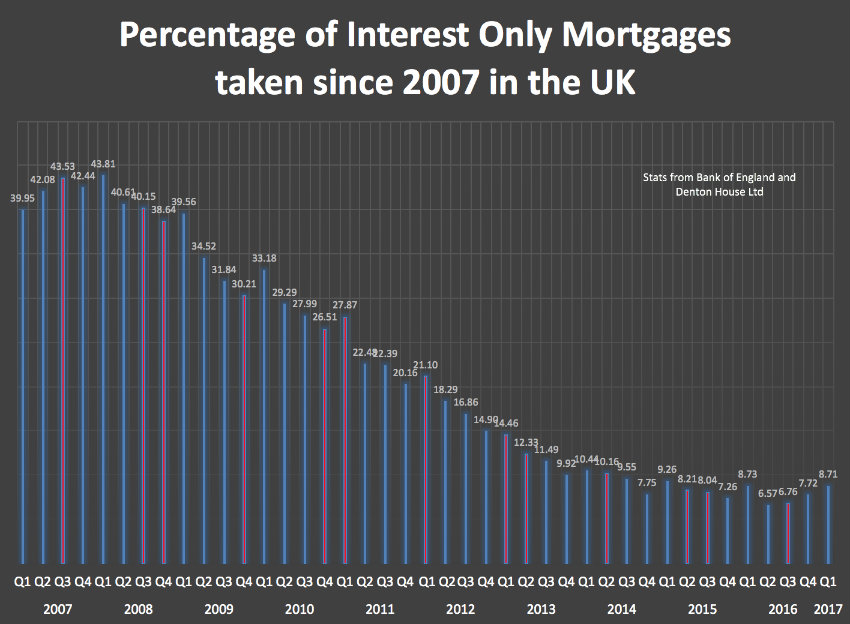 Increasing the length of the mortgage to obtain more time to raise the money has gradually become more difficult since the introduction of stricter lending criteria in 2014, with many mature borrowers considered too old for a mortgage extension.

Sawbridgeworth people who took out interest only mortgages years ago and don’t have a strategy to pay back the mortgage face a ticking time bomb. It would either be a choice of hastily scraping the money together to pay off their mortgage, selling their property or the possibility of repossession (which to be frank is a disturbing prospect).

I want to stress to all existing and future homeowners who use mortgages to go in to them with your eyes open. You must understand, whilst the banks and building societies could do more to help, you too have personal responsibility in understanding what you are signing yourself up to. It’s not just the monthly repayments, but the whole picture in the short and long term. Many of you reading my blog ask why I say these things. I want to share my thoughts and opinions on the real issues affecting the Sawbridgeworth property market, warts and all. If you want fluffy clouds and rose tinted glasses articles – then my articles are not for you. However, if you want someone to tell you the real story about the Sawbridgeworth property market, be it good, bad or indifferent, then maybe you should start reading my blog regularly.