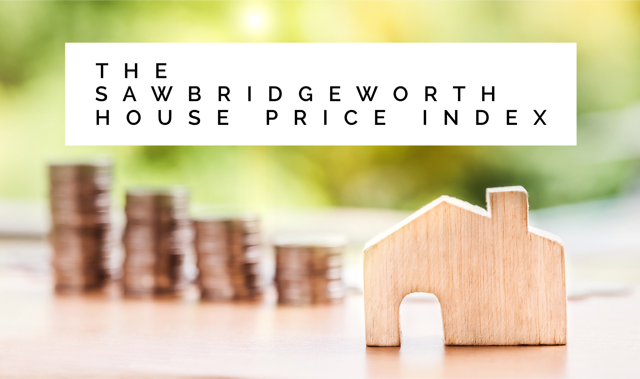 I had the most interesting conversation the other day with a local Sawbridgeworth accountant, who asked me about my articles on the Sawbridgeworth property market. It was quite humbling to be given praise by such a professional, when he commented enthusiastically on the articles I write. He was particularly interested with the graphs, facts and figures contained within them – so much so he recommended his clients read them, as most of them were either Sawbridgeworth homeowners, Sawbridgeworth landlords and a lot of the time – both. However, one question that kept me on my toes was, “With so many House-Price-Indices, how do you know which one to use and how can you calculate what is exactly happening in Sawbridgeworth?”

To start with, there are indeed a great number of these Indices, including the Land Registry, Office of National Stats, Halifax, Nationwide and LSL to name but a few. The issue occurs when these different house price indices give diverse pictures of the state of the UK housing market. Whilst some indices measure the average value of every property in the UK (sold or unsold), others measure the average ‘price-paid’ of houses that happen to be sold over a fixed time scale… confusing isn’t it!

A lot of the variance between house price indices occurs because of the distinctive ways in which the numerous indices endeavour to beat these issues. You see, the biggest problem in creating a house-price-index when comparing and contrasting with most other indexes (e.g. inflation where the price a ubiquitous tin of Beans can easily be measured over the months and years), is every home is unique and as Sawbridgeworth people are only moving every 15 years, it appears the only thing that can be measured is the price of property sold in a given month.

By their very nature, all of the indices are only able to paint a picture of the whole of the UK or, at best, the regional housing market. As I have said many times in my articles on the Sawbridgeworth property market, it is important to look to the medium term when considering house price inflation/deflation. Looking at the month-to-month jumps, many indices look like one of those jumpy lie-detector needles you see in the cold war movies!

I can guarantee you in the coming few months, on a month-by-month basis, one or more of the indices will say property prices will have dropped. Let me tell you, no property market indices are representative of the housing market in the short term. Many indices have shown a drop around the Christmas and New Year months, even the boom years of 2001 to 2007 and 2013 to 2015.

So, back to the question, how do we work out what is happening in the Sawbridgeworth Property Market and can there be a Sawbridgeworth House Price Index?

To calculate what I consider is a fair and proper House Price Index for Sawbridgeworth, I initially needed to decide on a starting place for the index. I have chosen 2008 as far enough away, but still gives us a medium/long term view. Next, I split all the house sales into their types (Detached/Semi/House /Apartment) to give us an indication of what is actually selling by postcode district. So, for example, below is a table for the CM21 postcode district (the sample shows 2008, 2016 and 2017.

Then I look at the actual numbers of properties sold in the CM21 postcode district. Below is the graph with the numbers for the years already mentioned. 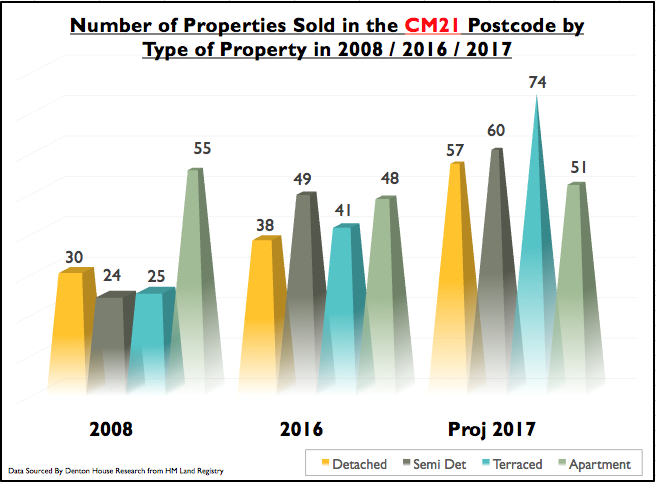 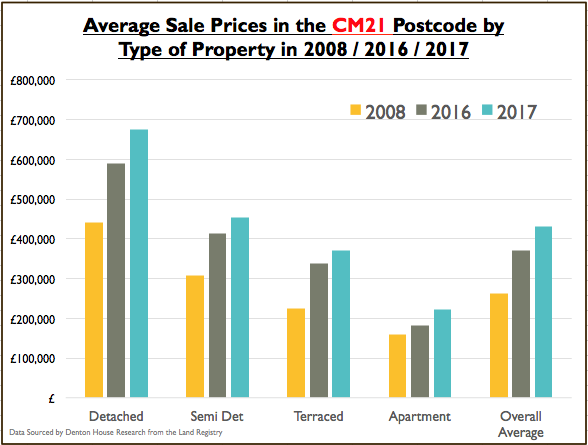 Finally, I amalgamated the same data points for the other postcode districts covered by Sawbridgeworth and the surrounding villages, weighted it accordingly, to produce the Sawbridgeworth House Price Index … which after all that work, currently stands at for Q4 2017 at 172.09 (Q4 2008 = 100).